As you may be aware, HMRC intend to replace the current CHIEF system, responsible for the processing of import and export declarations since 1994, with a new system called Customs Declaration Service (CDS).

DataFreight is actively involved in the CHIEF replacement program and was one of the five software suppliers to be selected for the first phase of CDS testing in December last year.

The CDS program is an ongoing one with a phased deployment schedule over the next eighteen months or so. There will be no sudden migration from CHIEF to CDS but an incremental one, in line with HMRC’s Agile development philosophy.

The initial phase of CDS will concentrate on migrating ex. Warehouse Supplementary Declarations to CDS as these constitute the largest sector, numerically, of declarations submitted to CHIEF as well as posing the least risk approach of CDS deployment. This phase is scheduled to roll out during August 2018 and will affect those utilising Warehousing and CFSP functionality.

Later roll-outs of CDS will encompass the frontier declaration scenarios and include the CSP’s as a strategic part of the message flow processing.
The changes imposed by the migration to CDS from CHIEF are not limited to those imposed by communications issues, involving new methods of connectivity and authentication to the new system, but also include numerous data changes imposed by the EU-inspired Union Customs Code (UCC), which are being brought in to coincide with the roll out of CDS. This will have a very significant impact on all organisations who undertake UK HMRC declarations, as the amount of data required by UCC-compliant declarations is typically more than is currently submitted. Equally importantly, the nature of the data itself is subject to change as well, so some re-training and acclimatisation of the new CDS environment will be vital over the intervening period.

The CDS development program is an ongoing one, with several important aspects of the project yet to be finalised, in terms of the availability of finalised documentation.

We will continue to keep you updated regarding the CDS program and how it will affect DataFreight users and, in particular, the implications for a future deployment of CDS-compliant DataFreight software. If, in the meantime, you have any specific questions regarding the subject of CDS, please feel free to contact us over the coming weeks and months. 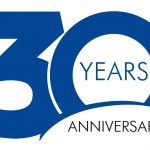